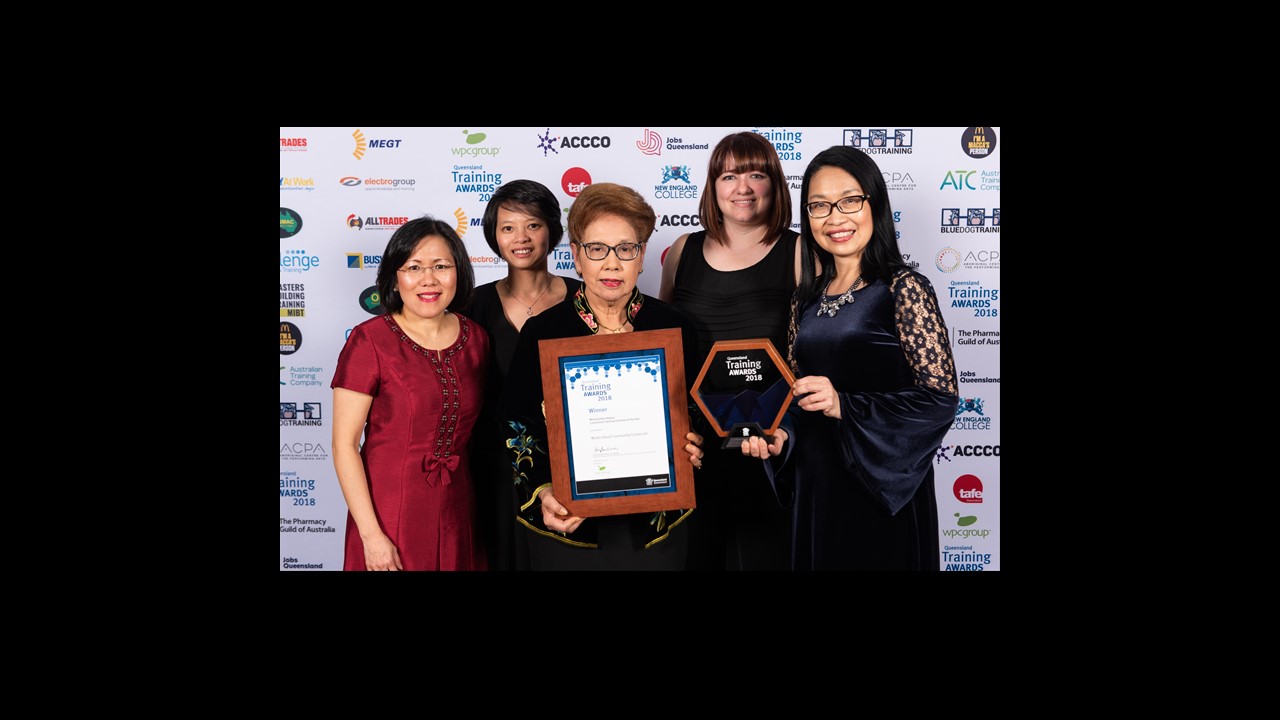 The Queensland Training Awards are the state’s highest recognition of people and organisations who strive for success, best practice and innovation in training. The outstanding achievements of apprentices, trainees, vocational students, teachers, trainers, training p​roviders, employers and community-based organisations are recognised across a range of categories.

The Regional Finals of the 2018 Queensland Training Awards was held on 27 July 2018 at the Brisbane Convention & Exhibition Centre.

MCC was announced as the Winner for the Community Training Initiative of the Year (Metropolitan Region) category. It was a win over almost 50 organisations that had submitted their nominations for this category.

In addition, Ms Hui Wu who completed her VET studies with MCC was a Finalist for the Equity VET Student of the Year Award.

It was indeed a tremendous honour for MCC to be bestowed this award that applauds MCC’s success in enabling migrants and refugees to settle down in Queensland, obtain accredited training in spite of their struggle with the English language and get gainfully employment. Through MCC’s initiatives, lives have been transformed, destinies changed.

MCC will go on to compete in the State Finals of the Queensland Training Awards which will be held on 8 September at the Royal International Convention Centre Brisbane. 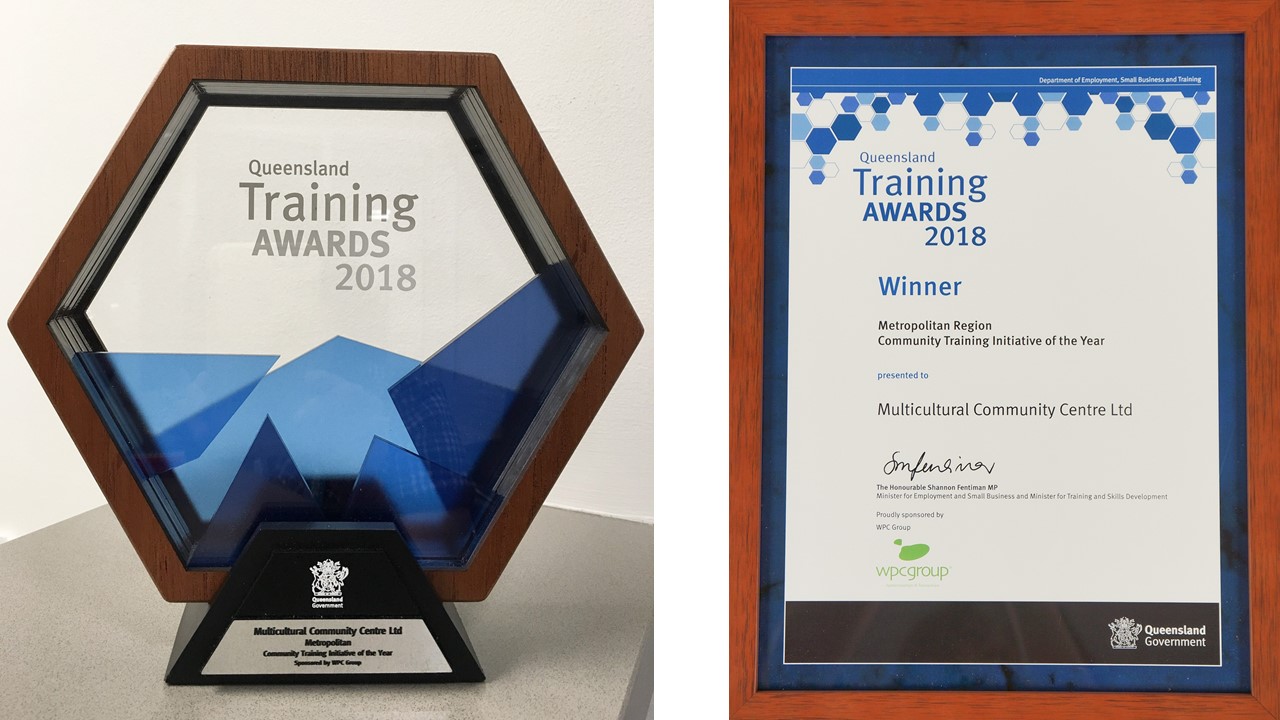